The AGIT is a public fund whose principal activity is to contribute to the advancement of study, education and research in the field of downstream gas utilisation and application development and related fields, and to recognise and support excellence in those fields. The fields include the following industry sectors: Production, Transmission, Distribution, Retail and Manufacturing. 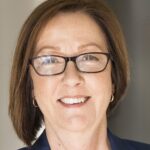 Wendy has 33 years’ experience in the gas industry, she has held roles with accountability for providing strategic leadership, business management, financial and operational management, delivery of governance, regulatory, statutory and commercial obligations.

Wendy is the Chief Executive Officer of SEA Gas. She holds a BBUS (Acc), FCPA and FAICD. She is also a Director and Treasurer of the Australian Pipelines and Gas Association (APGA) Board, Chair of the APGA Audit and Risk Committee.

Jen’s role is to oversee the AGIT’s day-to-day operations and implementing the AGIT Strategic Plan. Her background includes more than 20 years working for governments and academia, primarily in the research and strategic policy areas. She also represented Queensland on an array of COAG Energy Council groups including the R&D Team. She has a PhD in evidence based decision making.

Her objective is to deliver education and research activities that are of value to the gas industry.

Representing APGA on the AGIT Board is CEO Steve Davies.  Steve has held a range of policy and regulatory roles related to infrastructure and resources in industry associations and the Federal Government. Steve was APGA’s National Policy Manager with responsibility for government relations and policy development for the gas transmission industry.

He holds a Bachelor’s Degree in Petroleum Engineering from UNSW and a Master of Public Policy.

Phaedra Deckart is the CEO of Tasgas and independent Director on the AGIT Board. Phaedra has a strong reputation for advocating for the continuing role of gas as the natural partner in Australia’s energy transition and for providing a voice for the customer’s and communities that she’s served.

Her experience spans over 20 years in domestic and global energy markets, having held a variety of commercial, corporate, gas and LNG marketing positions. Phaedra was a part of transforming AGL’s energy supply portfolio across gas, power, fuel and logistics while simultaneously navigating the transition to renewables.

Phaedra has broad ranging energy and legal experience, having started her career with one of Australia’s top tier legal firms. She is passionate about growing and developing people and building diverse, highly engaged and collaborative teams.

Andrew Dillon represents ENA on the AGIT Board. Andrew is currently the ENA CEO and previously the General Manager Corporate Affairs at AusNet Services, owners of electricity transmission and both gas and electricity distribution networks in Victoria. Prior to AusNet, Andrew was General Manager Corporate Affairs at Energy Supply Association of Australia, worked in Corporate and Government Affairs at TRUenergy (now Energy Australia) and was a Senior Ministerial Adviser. Andrew was also a Director of Goulburn Valley Water.

Andrew is qualified as a chartered accountant and has spent time in banking and energy roles in the United Kingdom. 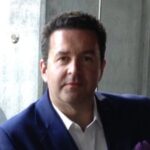 Brett represents GEA on the AGIT Board. He was appointed CEO of Gas Energy Australia in 2022. He is also a Director of Gas Industry Education Pty Ltd and appointed to the Board of the Combat Institute of Australia (CombatAUS) – the national elite high performance program for our Olympic Boxing, Fencing, Judo, Taekwondo and Wrestling teams.

Holds a Bachelor’s degree from Deakin University with a double major in Journalism and Political Science, as well as sub-majors in International Relations, Economic and Social Studies, Policy Studies and History.

Brett’s background includes public affairs, government relations and communications. He has been Senior Press Secretary for several Federal Government Ministers, CEO of the Brewers Association of Australia, as well as a Director of the Alcohol Beverages Advertising Code and a Council Member of Alcohol Beverages Australia.

Brian Haggerty is co-founder and Board Chair of the Australian Society of Australia. He is also an independent Director on the AGIT Board.

Previously, VP of Innovation at Woodside, Brian is also an Adjunct Professor with the University of Western Australia. He is also involved in the International Gas Union’s LNG Program Committee. Brian also sits on the Steering Committee for WATCH 2 the Western Australia Technology Cluster for Hydrogen.

He holds an MBA and a Masters of Engineering Science. 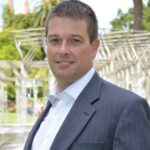 Ross represents GAMAA on the AGIT Board. He is the Managing Director at SIT Gas Controls, managing the team and working on all technical applications for clients, along with the maintenance and certification of products. Ross holds a Diploma of Mechanical Engineering (Swinburne College of Technical and Further Education). He has a first-class honours and masters degree in engineering from UWA and a MBA from Deakin. He is graduate of Australian Institute of Company Directors, Fellow of the Institution of Engineers Australia, an Adjunct Professor at UWA,

Ross has spent most of his working life in technical roles within the engineering field, with extensive experience in automation technology and gas products. He is Co-Founder/Director of the Hydrogen Society of Australia and active participant on the LNG 2022 (St. Petersburg) Program Committee.

Ross is the President of the Gas Appliance Manufacturers Association of Australia (GAMAA). He also Chairs the GAMAA Technical Committee and is an active participant in the Future Fuels CRC. 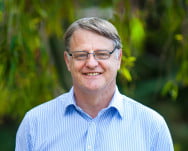 He is a former Shell and Schlumberger executive and has deep industry experience, having worked widely on oil and gas developments across the globe for the past 30 years, most notably, those with high greenhouse gas emission footprints.

Peter is responsible for the administration of AGIT. He graduated with Honors in a Bachelor of Business from RMIT and his experience in finance and administration spans more than 40 years both in Australia and overseas. This includes a role as Principal of his chartered accounting firm, a stint in Government finance and as Business Manager for several not-for-profit organisations. Peter is a member of the Australian Society of Accountants and the Institute of Company Directors.